Menu
You are running a Trial version of Nop JCarousel
Categories

Author Hem is a native of State of Rajasthan in India and of age 65 years and an Indian citizen.  Hem has four children - eldest daughter married to an US citizen and both live in India and remaining three children two daughters and one youngest son live in USA.

Hem is a graduate mechanical engineer (section A&B from The Institute of Engineers) and was in employment for 17 years and left as construction manager after working for blue chip companies in India. Hem was the proprietor of a small-scale industry and practiced law for ten years in subordinate & high courts of the State of Rajasthan in India. Hem was also the president of a trade union in the capital of India, Delhi.

Hem was also a member and senior office bearer (State Secretary) of a national political party and contested election for member of parliament in 1998 on behalf of this national political party. Hem also did some research on economics with especial interest in monetary economics. As a politician, Hem braved persecution in order to protect the majesty of law and preferred to go to jail in 2006 for 2 months for contempt of court for making a written complaint (without publishing it any where) with documentary proof to various constitutional authorities (of executive, legislative and higher judiciary) against judicial corruption & highhandedness. Hem was also the editor of a weekly Hindi newspaper (a mouth piece of his political party) and still writes letters on political - economical issues, which have been published for the past 6 years in national and international media too.

View as Grid List
Sort by
Display per page 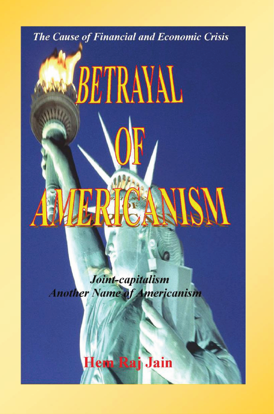